Supply chains are complex operations, which creates vulnerabilities for both operations and cargo security. There’s a growing need for effective cargo security solutions, especially for surface transport, where instances of theft, armed hijack, and pilferage continue to rise across the world, despite transporters’ best cargo security efforts against them.

What compounds the problem is the cost of good cargo security, which leads to a shortage of effective personnel and enough resources, which leaves cargo worth billions exposed to the risk of theft every year.

Over 1479 incidents of lack of cargo security leading to theft were reported in the US alone in 2017, while the United Kingdom and Germany logged 1533 and 1077 incidents respectively. Pilferage was the method of choice for cargo theft in 2017; 31% of incidents of cargo theft across the world last year involved skimming from the top.

For food and pharmaceutical manufacturers, in case of compromised cargo security, the cost of stolen goods isn’t even their biggest concern. They risk losing far more in terms of product safety, brand reputation, and lost market opportunities.

Realizing that prevention is but a part of the precautions necessary to secure cargo supply chains, cargo security strategies are gradually evolving, emphasizing not just preventive measures, but also the recovery of stolen cargo.

The first step to recovering stolen cargo is, but obviously, finding it.

GPS tracking is the technological tool of choice for cargo security right now, with a growing number of fleet operators installing GPS tracking devices — designed primarily for vehicle tracking — on their cargo trucks or trailers.

While that does help keep an eye on things, tracking vehicles or trailers isn’t an ideal solution to secure cargo in transit, nor does it increase the likelihood of its recovery in case of theft.

What is the Solution?

While there are some serious limitations to GPS cargo theft prevention and recovery systems, let’s be clear, the system CAN work out just fine; you just need to make one small — but significant — change to the approach.

You shouldn’t use GPS to track the transport your packages are in.

Rather, you should use GPS to track the package itself.

But, can you really afford dropping a wireless GPS tracker onto every package or pallet you ship?

Learn how you can secure your individual packages and the container using a hybrid IoT approach that combines GPS, GSM, BLE, and Wi-Fi where you have a single gateway device for your trailer and individual tags for your parcels or pallets. 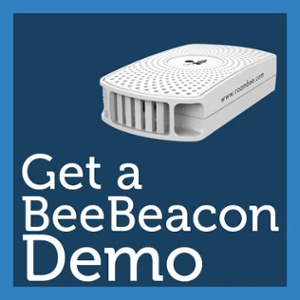 How Real-Time Medical Asset Tracking Can Help Save Lives

3 Challenges of the Chemical Industry Supply Chain and How to Beat Them!